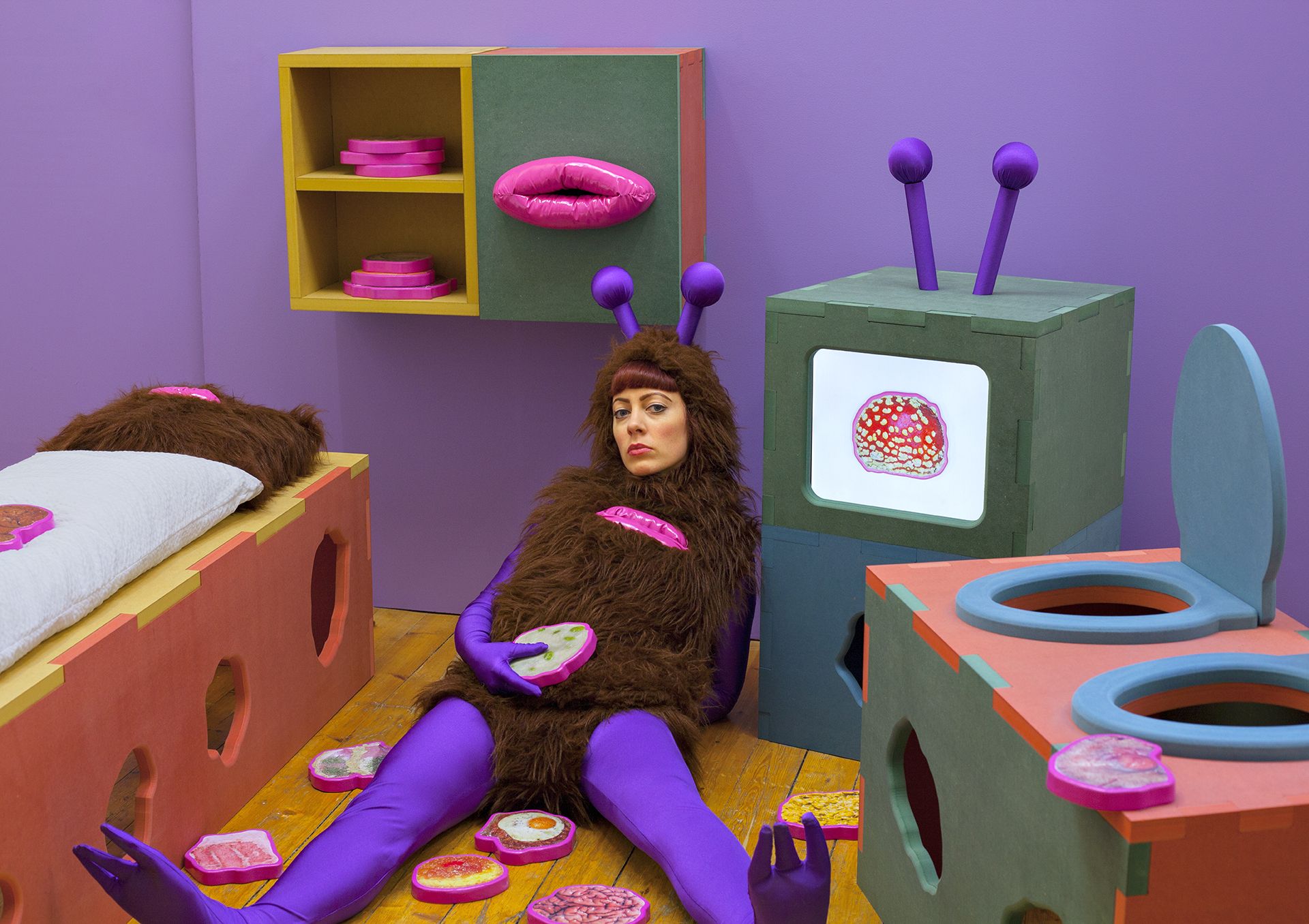 From July 8 to August 28, the collection of photographs by Norwegian artist Anja Carr "Moments" will be on display at the Mark Rothko Art Center in Daugavpils. The exhibition is organised by the Nordic Council of Ministers’ Office in Latvia in cooperation with the Riga Photography Biennale.

The “Moments” photography series by Norwegian artist Anja Carr was created over an extended period, from 2013 to 2017, and each image documents a single moment from one of Carr’s different performances where the artist has wittily challenged the toy industry by transforming its colorful characters. She is aware of the impossibility of documenting a performance with a single image but reminds us that this is how processes of identity construction work in social networks – through fragmented image “feeds”. The toy industry stereotypes involving a strict division of roles between children and adults, girls and boys, are twisted in these performances, featuring original costumes and scenography made by the artist.

Among Anja Carr’s main artistic interests is the endless image feeds that surround us and even flow through our pockets – namely through the smartphones that are always at hand. This greedy image consumption has prompted the artist to reflect on this phenomenon – the image flow as one of the most distinctive hallmarks of our time – on several occasions, from various points of view and in various visual media.

Anja Carr transforms bodies, faces, toys and food into a theatrical, abject and colourful world of photography, sculpture, installation, performance, video and self‑invented techniques. Her 30+ solo exhibition venues include galleries in Los Angeles, London, Stockholm and Berlin, and she has performed in Amsterdam, London, New York, Miami, Paris etc. Her 60+ group exhibitions include shows at the famous Cankarjev Dom (Ljubljana), Somerset House (London), the National Museum / Mellomstasjonen (Oslo) and the Tadeusz Kantor Museum (Krakow). Carr is represented in seven public collections and has received 30+ awards and grants. Her work has been featured in several public TV shows in Slovenia and Norway and in a number of international magazines based in New York, London, etc. She founded the pink gallery PINK CUBE in Oslo in 2011. Carr’s exhibition Feedings was part of the Riga Photography Biennial – NEXT 2021 (Latvia).