Norwegian school-children from the Ballet School of Kristiansund and Danish musicians from the Copenhagen Music College will take part in the rock ballet for children “Snow-White and the Seven Dwarfs” to be performed at the Latvian National Opera in the second half of February.

The premiere of the ballet will be held on 17 February, another performance - on 22 February 2005. The music for the rock ballet is written by Uģis Prauliņš and the performance is based on the fairytale “Snow-White and the Seven Dwarfs” by the Grimm Brothers. This is the first original ballet for children since the renewal of Latvia’s independence.

The Nordic Council of Ministers’ Office in Latvia has supported the participation of students from the Nordic countries within the Exchange program for Children and Young People in the Field of Culture and Education.

The project is an initiative of the Riga Choreography High School, Emils Darzins’ Music School and Latvian National Opera. 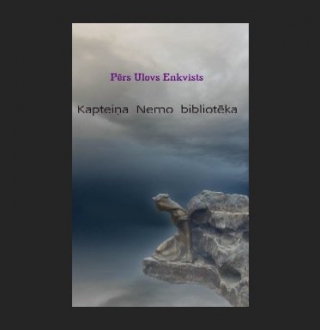 PRESENTATION OF THE BOOK "CAPTAIN NEMO'S LIBRARY" BY PER OLOV ENQUIST